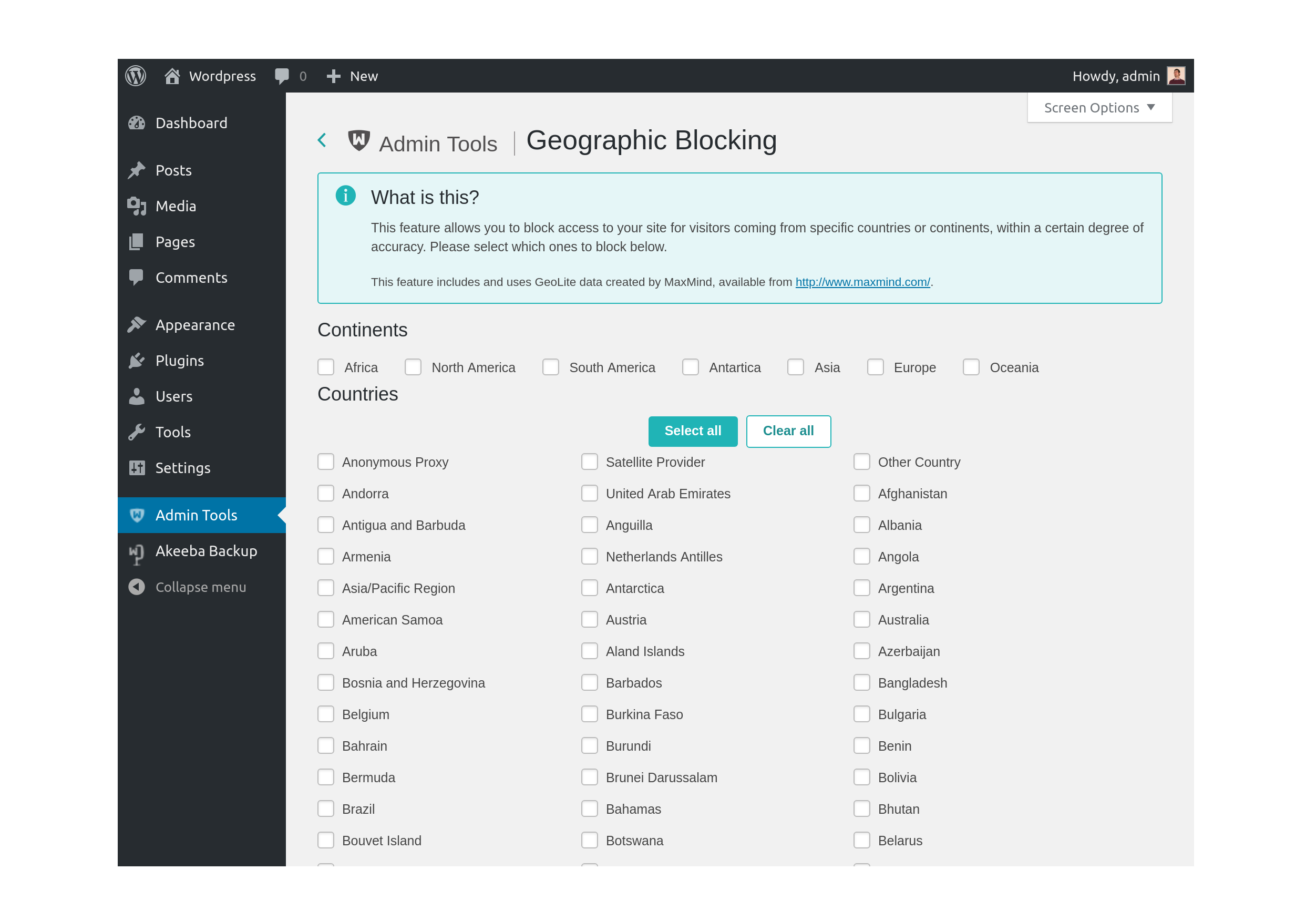 Several users have asked for a consistent way to block visitors coming from specific countries or continents. While this adds no security –a clever cracker would just hide behind an anonymizing proxy– it may still be useful for inherently regional sites, such as e-shops able to deal with a handful of countries only.

Should I use this feature?

We strongly believe that geographic blocking doesn't add anything to the security of your website. Most people think "cool, I can block those Russian spammers". Nothing could be further from truth than that. The intelligent spammers and crackers do not use a single computer in their country to launch their attacks on other sites. They are usually in control of a botnet, a collection of compromised computers around the world which do what they are told to. Using such a botnet, they can launch a spam operation whose traffic comes from different countries around the globe - even the country you live in. Clever crackers will also never use their real IP address to attack you. They usually use an anonymizing proxy or the TOR network. The immediate effect is that the traffic seemingly comes from another country or from a variety of different countries.

Then, there is the accuracy factor. MaxMind claims a 99% accuracy. On a site with 10,000 visitors per day this translates to 100 visitors every day reported as coming from a different country than they really do. This might not sound such a big deal, but imagine having an e-shop and losing those potential clients. It suddenly becomes quite a big deal.

All and all, we recommend common sense. IP filtering is like the bouncer at the door. You wouldn't expect to find a bouncer standing next to your bakery's door. Likewise, don't overdo it with geo blocking. Use it sparingly.